Respect. That is seven decades!! No excuse now kids. 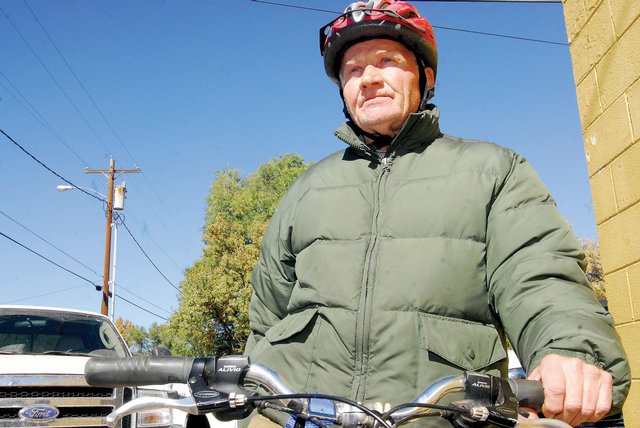 [From the CraigDailyPress/ by John Vandelinder]
72-year-old Craig resident moving to Texas—on his bike
Elliot Bourne, 72, leaves today on a 1,100-mile journey to Lubbock, Texas. Bourne is riding his bicycle — a trip he said should take him about two weeks.


[Click on image or title for full article] …After experimenting with another vehicle — and another failure — Elliot gave up on his motorized nemesis. “Bicycles are a good means of transportation,” he said. “Leg power don’t cost nothing either.”He’d ridden bicycles since he was 10 years old in Elkins, W.Va., and it was something he enjoyed. “You know what they say about riding a bike,” Elliot declared, talking about the phrase in regards to never forgetting. And if anyone knows about riding, it’s Elliot. He begins his 1,100-mile — and expected two-week — trek today, but although the mileage seems high to most, it’s barely half the distance he rode once before. “I’ve rode a bike much farther than that,” he said. “In the ‘60s, I rode a bicycle all the way from Niagara Falls to Houston, Texas. That’s about 1,900 miles.

Get your Current on

October 8, 2008 No Comments
I’m not too into celebrities but Brad Pitt cruising New Orleans.
Aging like wine. Meow – – –