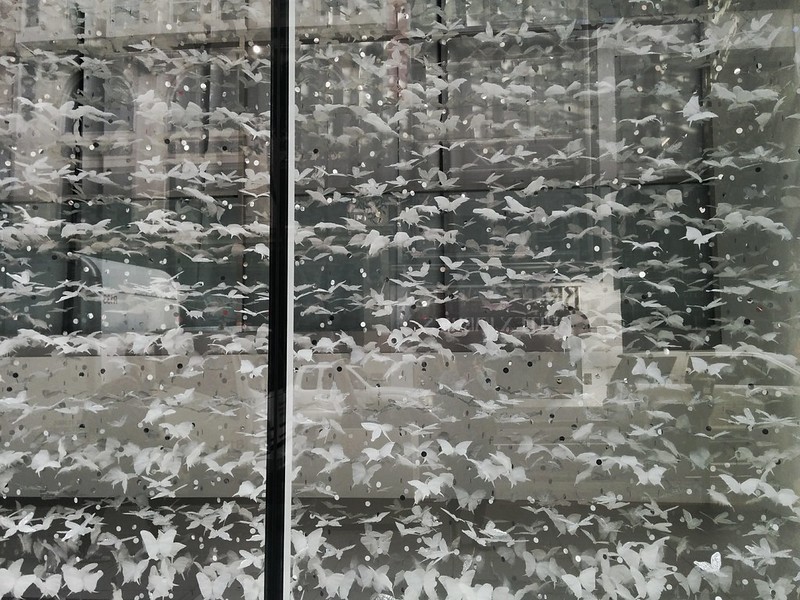 Neiman Marcus store with cool window paper/patterns on Geary street. In the two seconds it took me to capture this, a young tourist teenager went around me in order to not get in the way 🙂
I was going to wait for Muni but instead did a nice walk around downtown on a Sunday afternoon. Was not too crazy. 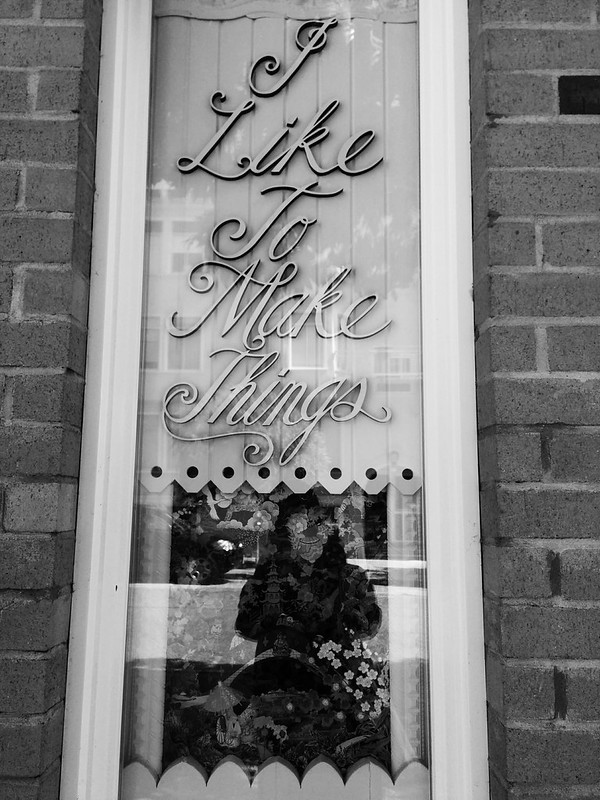 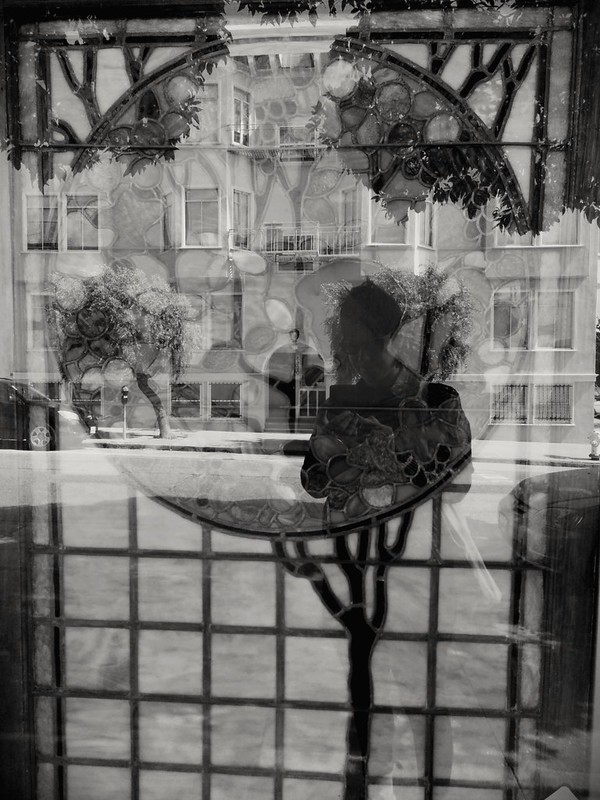 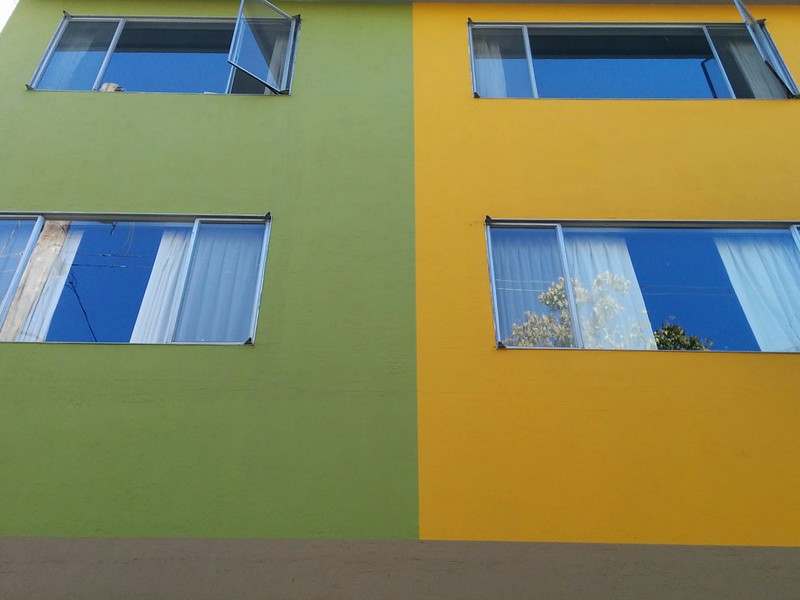 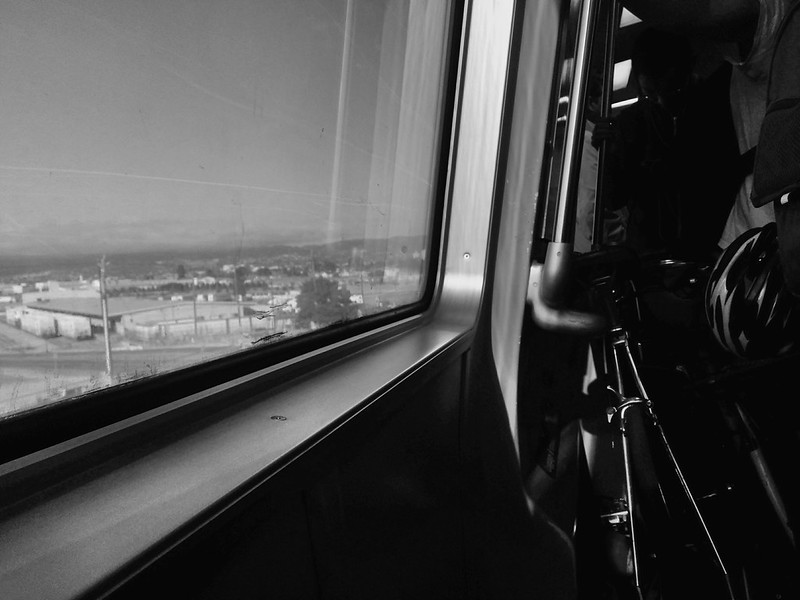 Bart window. I was sitting near two young men, one had a beat up skate and the other was halfway holding his bike and eating a snack. His bike had a large basket and his super size messenger bag was 3x bigger than his slim body.

Each time Bart emerges in the East Bay from the long mystery pitch black bay tunnel of anxiety, I look down and nod to the one intersection I fell flat on my face SO hard while riding my friend Yaeger’s bike over a decade ago in west Oakland, luckily no semi trucks were around those big empty boulevards… I wrecked his front wheel. I didn’t have a cell phone. I walked from there to Broadway and stopped at a gas station to eat a donut and a warm gatorade. The gal working there had really long neon green nails. It was one long Saturday morning. 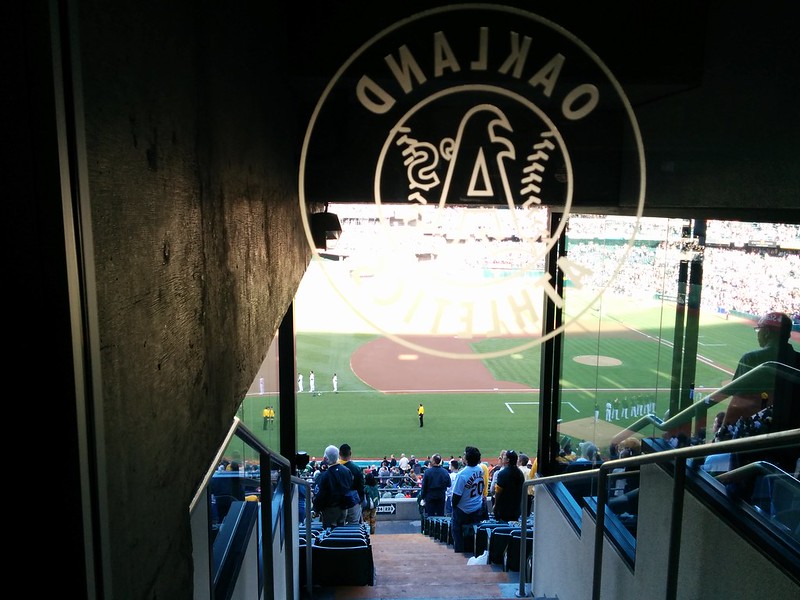 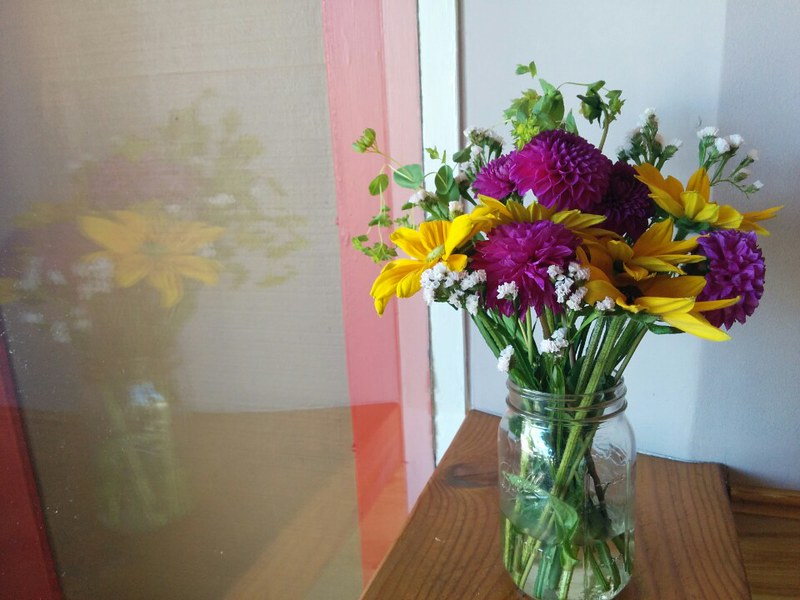 Deli board on Folsom. Great sandos. 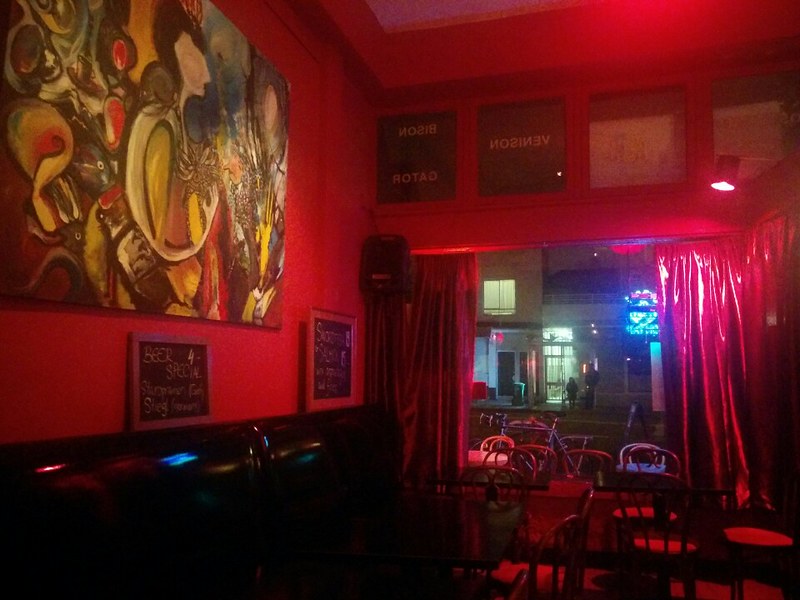 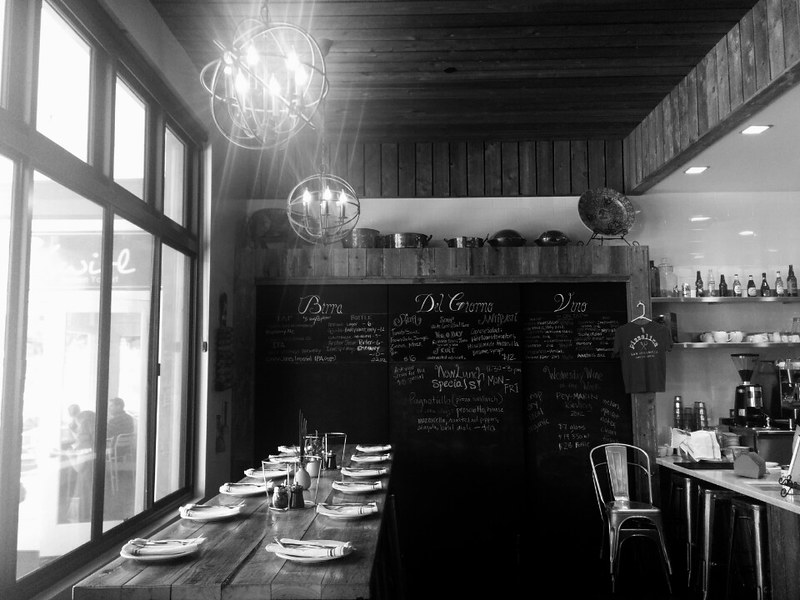 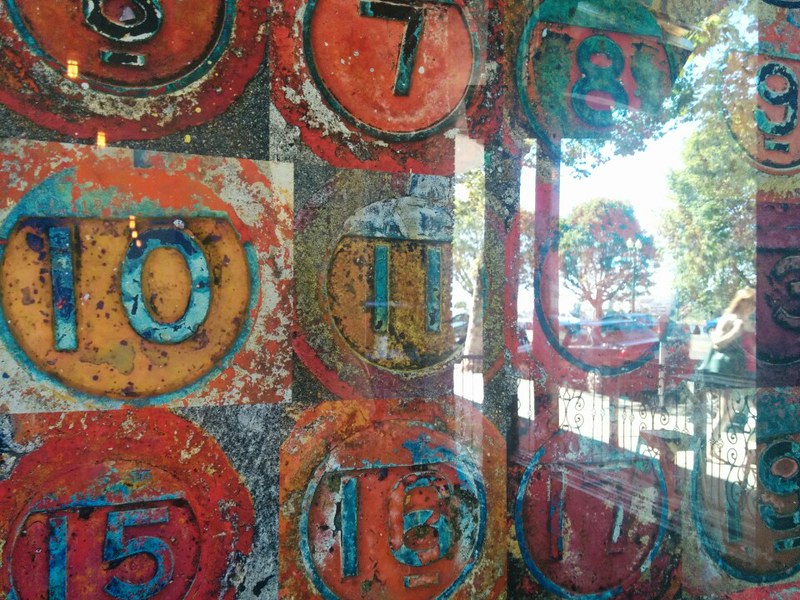 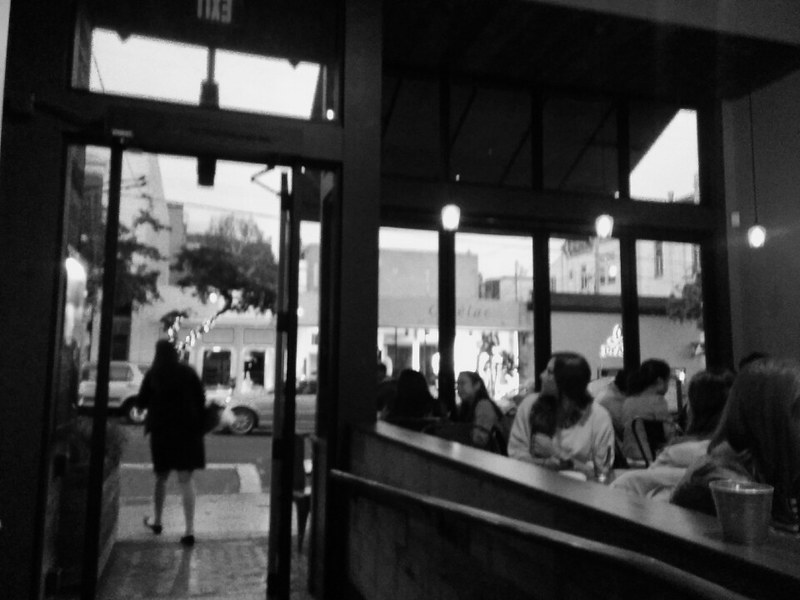 Roam burgers back in June. Great burgers for meat lovers and veggies alike, beer. Big open windows. Usually crowded, but not too bad. 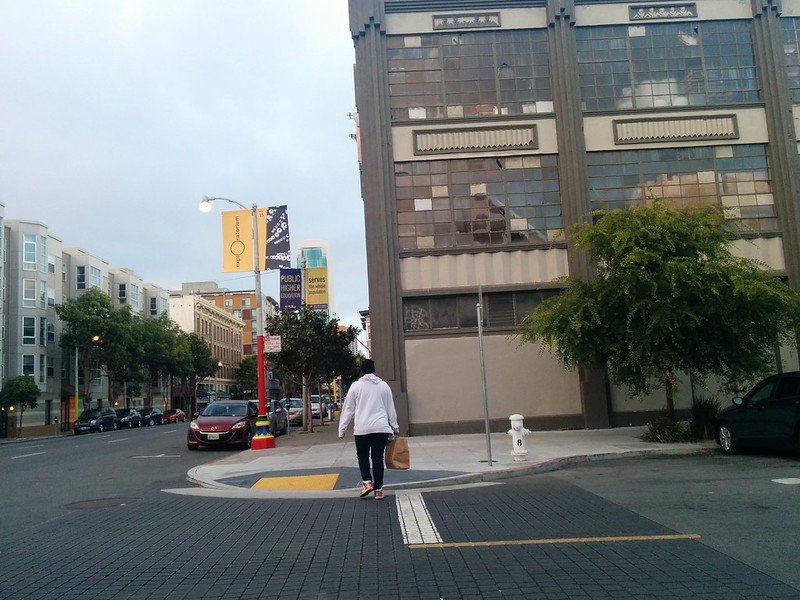 Window pixels at Howard and Moss. I really like looking at those windows.
This is a previous shot from 2012 (foto of a foto) on film, tmax 100: 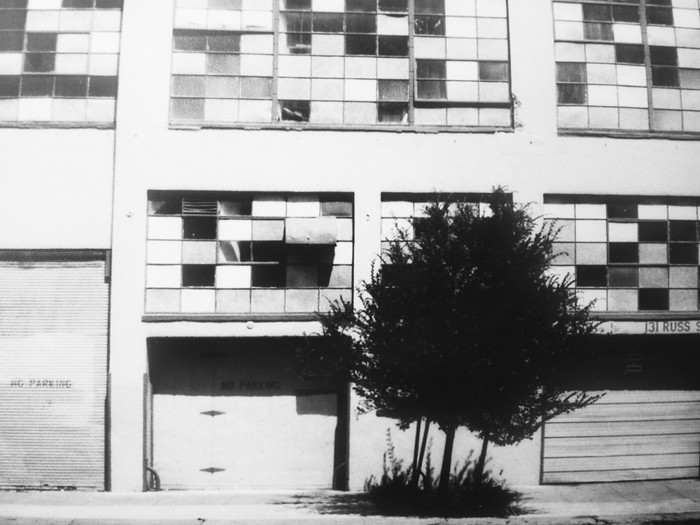 All images, except this b+w above, taken with mi device phone, called Nexus 5.
OK that is all, hope your Tuesday is going well.
xxomeli