Writings on the wall Arizmendi’s bakery in the Inner Sunset At a bus stop.

Analog y online friendships.
Coffee y mail.
Important for the soul.
Just as crucial during one’s day
as the ability to step away
from it all.

[testing. this is mi first mobile upload via blogger app.] 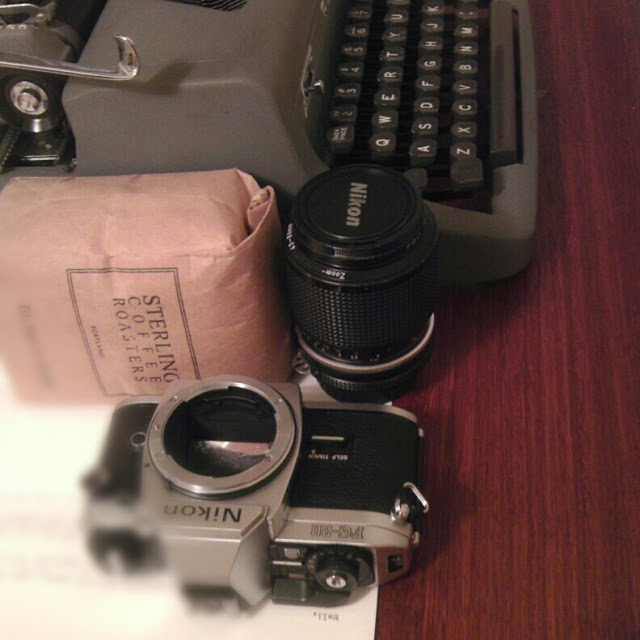 In addition to the mid-November installment of los events this week, here are two more:

“The East Bay Bicycle Coalition is throwing a 40th anniversary fundraiser and member party — Biketopia — to celebrate our accomplishments in the past year, as well as 40 years of working towards making the East Bay a great place to bike.” “Celebrate with Come Out and Play SF and SOMArts as we kick off three weeks of city-sized games for all ages! The Come Out & Play SF Festival, a forum for new types of public games and play, expands in 2012 to include a month-long games exhibition in SOMArts Cultural Center’s Main Gallery, November 17–December 19, 2012.”

Streetsblog +SFGate
Gets some fresh air from its bike columns. Also, very refreshing to see a foto (streetblog) representing the north of market and west divisadero side of the city. Nice!
Read it on Streetblog here: Like Wind in Your Hair: A Chronicle Columnist’s Refreshing Bicycling Decree.
Read it on SFGate here: Bicycling in San Francisco by Caille Millner

Bicycling safety practices that save lives
-via CaliforniaBeat: After fatal biking accident, tips for a safer ride in the Bay Area

The Lower Haight: FILM LIVES! Glass Key Photo and 4×5 Gallery
I’ll definitely check out this spot soon, soon in the lower Haight. This is great!
via haighteration:

“For two years, Glass Key Photo has been a delightful pop-up in the back of Rooky Ricardo’s vinyl shop in the Lower Haight. But with a growing customer base, and interest in film photography on the rise, owner Matt Osborne finally felt it was time to expand.”Read on: Glass Key Photo and 4×5 Gallery

/screenshot of a foto from the haighteration blog.
PacHeights: Evolution
I had not heard of a main-stream juice bars asides noticing their popularity while visiting Los Angeles, is it really becoming popular in the Bay Area? I know I’d like to try Corazón in the Mission soon, but have not yet been. I’m very juice-illiterate +all I know is that many friends are in love with their vitamix machine… It was a Coffee Bean last I remember passing by on the bus/1 California. Not sure if Coffee bean went kaput nationally, I had ever been to one. Starbucks has made some big Bay Area news by acquiring the Bay Area’s little bakery darling La Boulange, and teaming up with mobile-finance tech company Square.

Long-time reader Harry H. has the scoop on snacks and the clover machine updates in a Starbucks in the financial district and I can’t wait to check them out with the Boulange treats in store. Anyways, it was the lettering on the windows that caught my attention, seems like they’ll do OK with the tremendous foot traffic from the medical crowd for lunch.
Have you tried the juice-menu at Evolution? Do tell.

Around the web // The New Fillmore: Starbucks opens new juice bar.
Speaking of Starbucks, found this design fail in Brands of the World FB page, too funny:

Will the sun ever be out of fuel?
do you know when? find that and other fun facts here: Ten Random Astro-Facts to Entertain and Boggle via KQED

Create time
I’ve found myself sharing this article more than a few times last week w/pals, here is this great little article by local web innovator rock star (and women-in-tech icon) Caterina Fake on LinkedIn, check it out here: How to Create Time

Fabio
This is a few weeks late, but in case anyone was wondering, wonder no more.
I *just* finished watching the 10th season’s finale for Project Runway.
Fabio was my FAVORITO and I would love to wear those pastel pieces he did for the final, though that colour pallete would be a first. Just thought I’d let you know.

Who was your favorite?
Congrats to Dimitri!

Four Barrel: big batch from around the world
New coffees now available +continuing list over at Four Barrel: this is what we do Food drive to benefit the SF Food Bank: 7TH Annual SuperMarketStreetSweep
I’m very proud to be able to contribute my little two cents once again to 2012 SMSW.
The 2012 poster is now released: Hail to the sweep!

To date, our cumulative donations to the food bank has provided 81,882 meals to those in need. West Berkeley
Liza’s Kronan // was stolen from her backyard in West Berkeley, (CA) this afternoon (11/08/12) around 2:30PM. It’s a Swedish Military model and should be pretty distinct, especially if the leather panniers are still attached. Please keep an eye out and share with your friends.

via Eduard B // Here is a description:

“November’s ride will be hosted by IdeaScale (enables your customers to provide ideas and feedback through voting, discussion and collaboration).
We’ll go for a 1 1/2 hour ride followed by a 1 hour social with free beer (yey!).”

3rd Thursday Each MonthThe Bicycle Art Salon is a discussion group on the subject(s) of art, film, music, bicycles and more, at the home and studio of Slimm Buick, 1600 E. 31st Street, Oakland, CA 94602. Attendees will include the great minds of San Francisco and Oakland!

More info via FB event page
/Glad to see a foto I took in 2008 on the FB page. Funny how pictures you take, pop right at you 🙂 CLIF Bar is kicking back with a few of its pro athletes and would like to invite you, your readers, cycling loving friends and fellow athletes everywhere join in via webcast Thursdday, Nov. 15 from 4:30 – 5:30 p.m. EST / 1:30 – 2:30 p.m. PST. Pro Cyclist, Peter Stetina, and three other world-class Team CLIF Bar athletes from different sports will be available to answer questions on everything from training, to nutrition, to what common experiences they share. Take advantage of this opportunity to learn from four athletes at the top of their respective sports by sending us your burning questions in advance of the webcast so we can make sure they’re answered.

Sunday November 25th ( time and place to be announced), Hank and WIlly, our compadres from DFL Racing and the Evil Mastermind behind All Hail the Black Market will posse up and throw a fandango and rodeo fer which all proceeds will go to our main man Chuey. A Song They Won’t Be Playing On The Radio
Have you heard of Molly Nilson? Recently came across this video: